← more from
Jalapeno Records
Get fresh music recommendations delivered to your inbox every Friday. 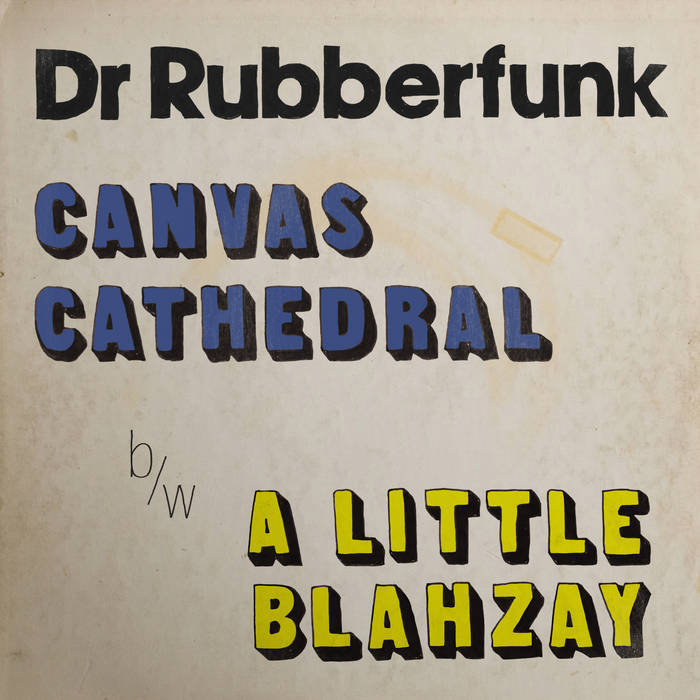 Derrick Ah Sam Top notch production as always from the good doctor here....Canvas Cathedral is sure to be a staple on dancefloors worldwide! Favorite track: Canvas Cathedral (feat. Ben Castle).

I Am The One Man Gang

The greatly anticipated second instalment of the ‘My Life At 45’ series is finally upon us!

The limited premium edition vinyl release of Part 1 of the series sold out within two days and picked up big support from Huey Morgan and Craig Charles on BBC 6Music. Now he’s back at it, bringing some old friends to another cheeky two-tracker.

‘Canvas Cathedral’ on the A-side brings a different vibe altogether. A jazzy all-instrumental affair that will have you head-nodding like nobody’s business. Over uptempo hip-hop flavoured beats reminiscent of early 90s golden era hip hop, chopped and looped riffs from sax man Ben Castle give way to rolling melodies and rapid fire solos.

Unstoppable gospel powerhouse Izo FitzRoy is here, flexing her soulful tones over one of the most elastic basslines ever pressed on wax. Underpinned by signature laidback drums that groove like a classic rhythm section, tasteful guitars and chiming electric piano weave their way between Izo’s lyrics and, bingo! That’s ‘A Little Blahzay’ right there!

Always keen to give the DJs a bonus, the good doctor even squeezes some ‘Canvas Beats’ onto the 7” for good measure.

Completing the handmade aesthetic, 50 copies of this already limited 300 only run come in heavyweight poly bags with wraparound sleeves and US import coloured paper inners. Top that off with a classic 45 adaptor and you've got yourself a premium 7" package!

Simon Ward began DJing in his Dr Rubberfunk guise in 1992, releasing his debut 12” in 2001. He has since produced 4 artist albums; ‘The First Cut’, ‘My Life At 33’, ‘Hot Stone’ & most recently 'My Life At 45, alongside remixing & producing numerous artists, including Izo FitzRoy's debut LP 'Skyline'.
He's DJ'd from NYC to Moscow, and appeared at Glastonbury, Bestival & The Big Chill. ... more